This year's report reflects on the consumption over the previous two years to compare the pre-pandemic consumption with the impact of lockdown restrictions on trade for non-household customers.

The impact on the non-household customers has been varied. We observed sectors such as hospitality, leisure, retail and education were particularly affected, with retailers applying temporary vacancy flags or reducing YVEs to manage estimated consumption. Marston's PLC, one of the UK's leading independent brewing and pub retailing business and self supply retailer, details the impact of the pandemic from both a customer and retailer perspective.

In the market, monthly consumption levels dropped significantly as the first national lockdown was announced, then rose immediately after the lifting of restrictions, before dropping again when further lockdowns were imposed. The Consumption by cubic meters per month graph shows this trend.

Access restrictions affected customer consumption and the ability for meter reader providers to access some meters. This was highlighted by the reduced reliance on actual reads to support the first reconciliation (R1) of charges, with the most notable impacts being over the periods of lockdown.

Meter readers found access to internal meters particularly challenging during these periods of lockdown. As a result, we saw an increase in meters which have not been read for 12 months, referred to as Long Unread Meters (LUMs). The speed at which the volume of internal LUMs overtook external LUMs can be seen in the Market Increase in Long Unread Meters table.

With many meter readings relying on estimates, retailers were asked to review Yearly Volume Estimates (YVEs) which had been applied to those customers whose consumption had reduced, either as a result of reduced trade or because they were no longer occupying their premises.

The key factors in the calculation of estimated consumption are previous historic reads, the YVE and the Industry Level Estimate (ILE) which acts as a backstop by calculating a read based on the average consumption of water depending on the size of the meter. It is used where there are no historic reads or YVEs for a meter. The estimation method used is explained in more detail in the YVE Decision Flow Diagram.

The potential cumulative effect on estimating consumption by trading parties lowering (and sometimes raising) the YVEs, as taken from a baseline of January 2020, is shown in the Cubic Meter / Year Cumulative YVE Change graph.

The Cubic Meter / Year Cumulative YVE Change graph shows a dip in the use of YVEs between April-June 2020. This can be attributed to retailers using the temporary vacancy provisions available to them during this time and explains why the YVE effect was less in the first lockdown, despite that lockdown being the most extensive.

YVE impacts will only materialise if settlement relies on estimated reads. With access restrictions lifting at the end of 2020/21, we expect to see a rise in the overall percentage of actual reads for settlement as well as trading parties recalculating those YVEs which were dropped last year.

Consumption by cubic meters per month 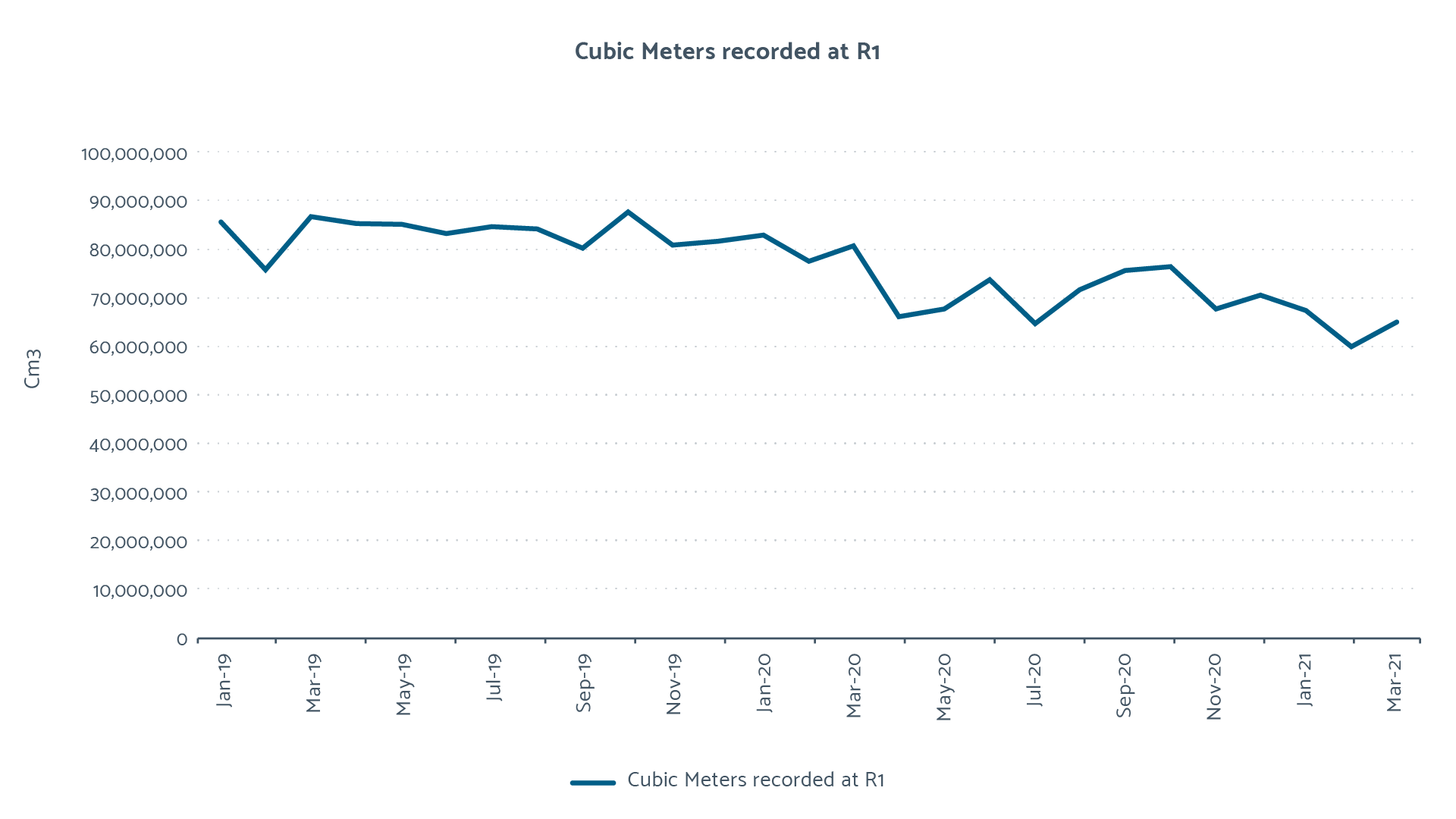 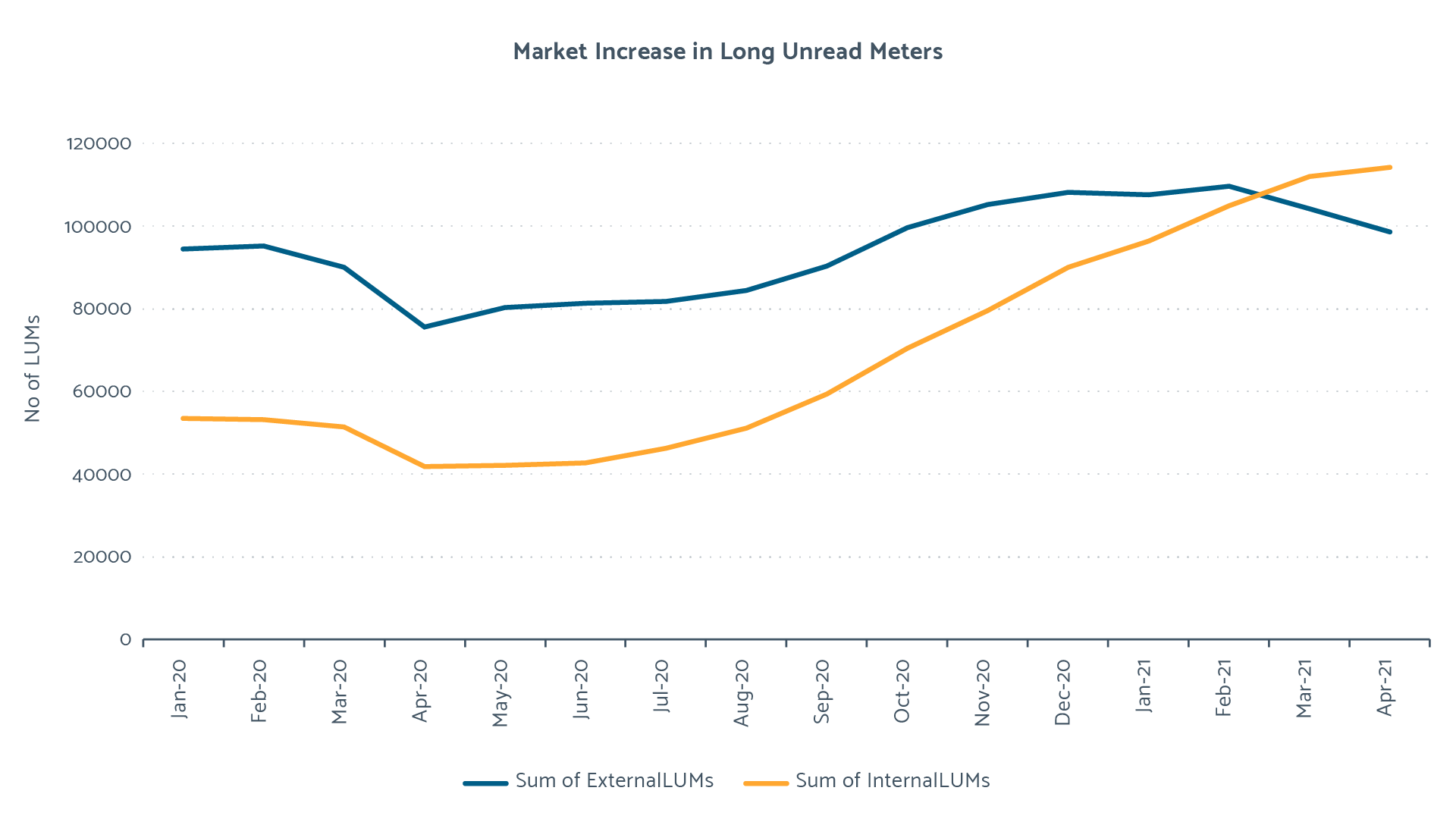 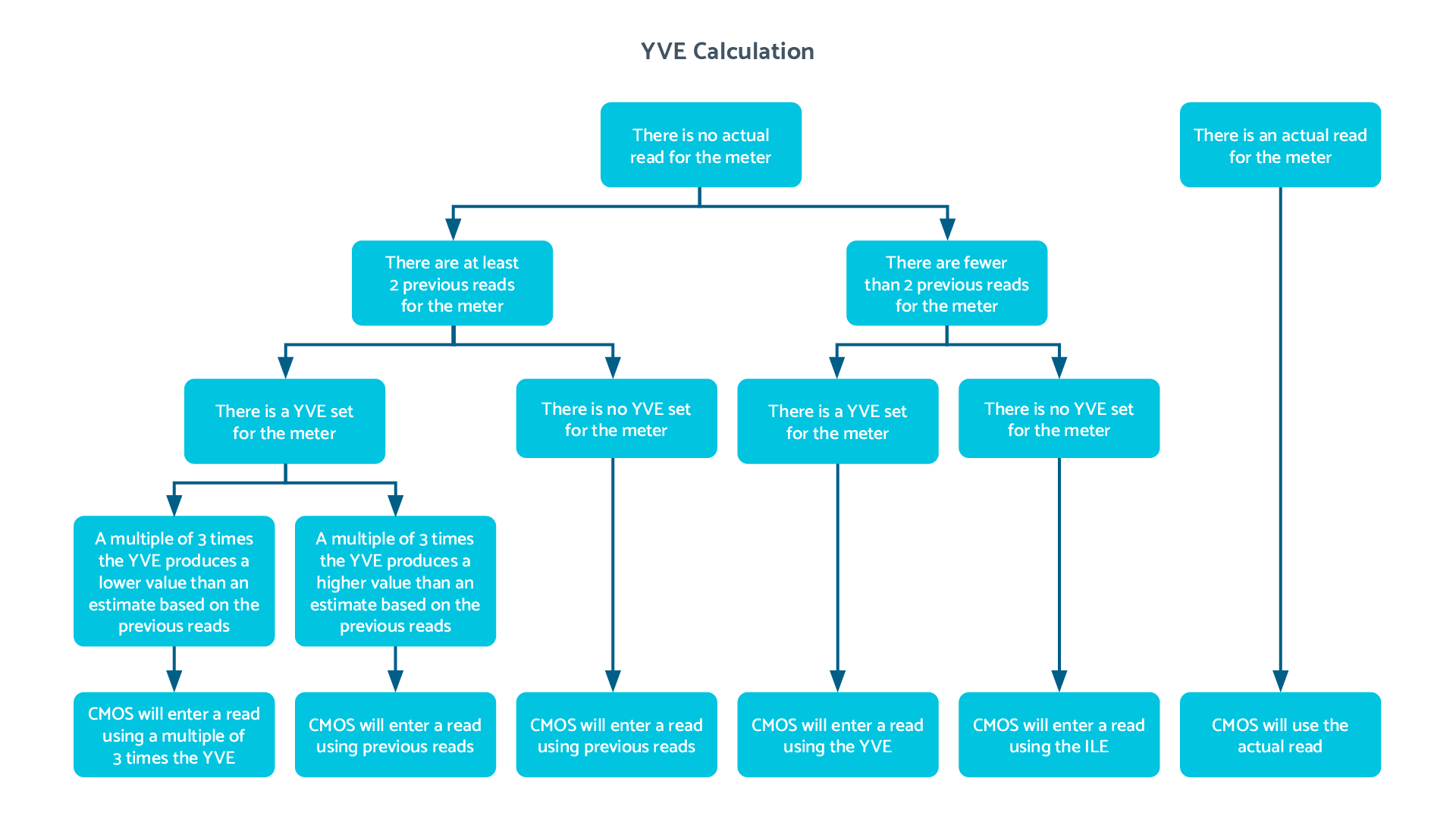 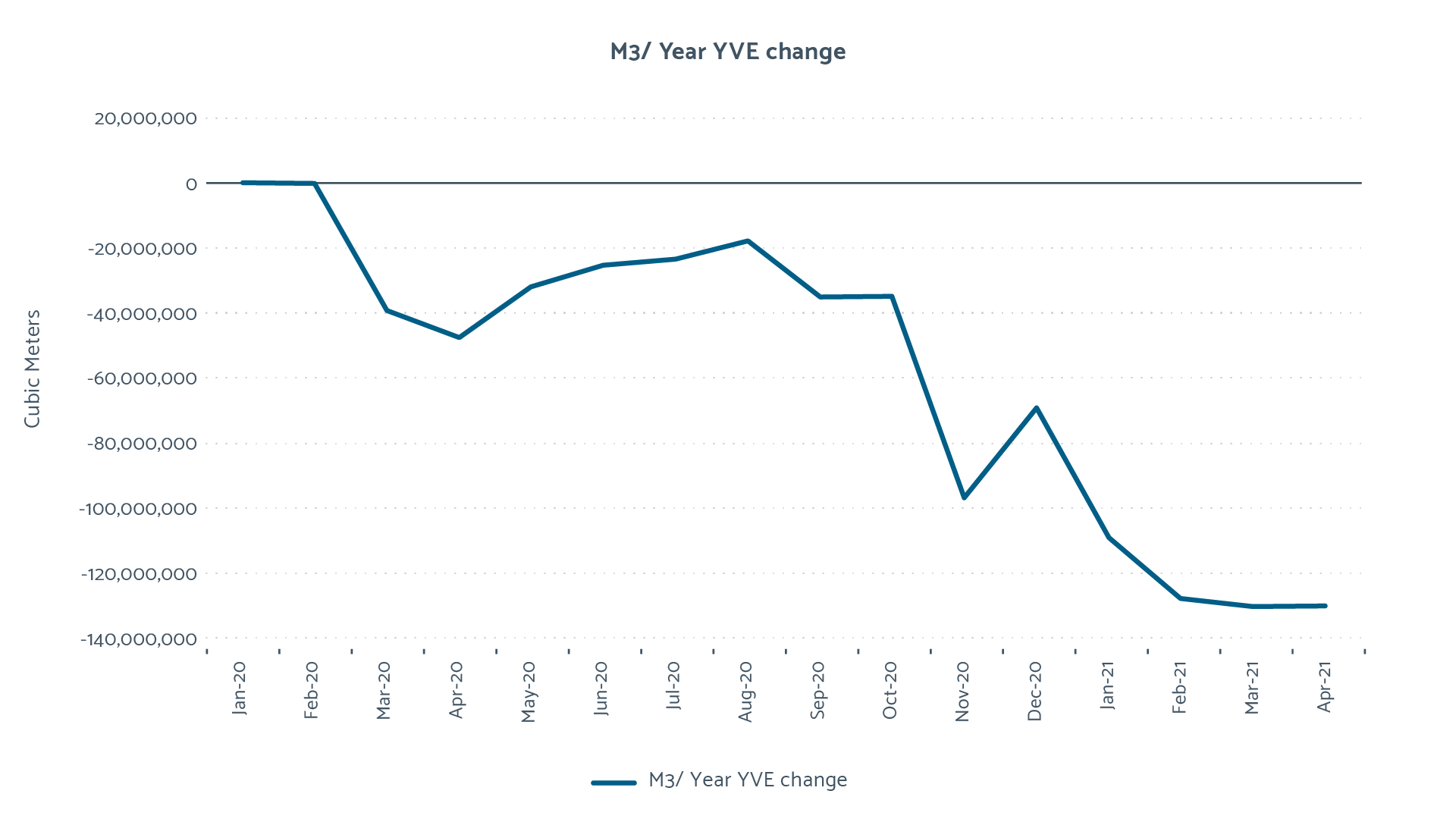 “Following the Government lockdown announcement on 23 March 2020, all our pub sites were forced to close. The immediate challenges were firstly to reduce water consumption in line with site closures, and secondly ensure our water invoices reflected the reduced usage on site, at a time when meter reading activity had almost fully ceased.

Whilst market discussions were ongoing on the best course of action, we amended the Yearly Volume Estimates (YVE) of all our closed sites to reflect the usage. We utilised the vacancy flag when this measure was put in place and ensured we kept YVEs up to date. This became more important when we removed the vacancy flag after the first national lockdown but had to manage a national portfolio over multiple regional tiers. We continued to estimate YVEs based on the trade levels of open sites whilst the success rate of meter reading in the market was relatively low, or where we were unable to access meters.

We have been able to flexibly amend our meter reading strategy to gather data on site usage to identify inefficiencies and leakage, as well as gathering more accurate data on business usage for financial reporting. Data accuracy and frequency is especially important in working though the variances between settlement reports and our allocated costs at site level. As a self-supply retailer, we were able to amend market data directly at a time of a constantly moving estate without experiencing delays or inaccuracies in our billing.”